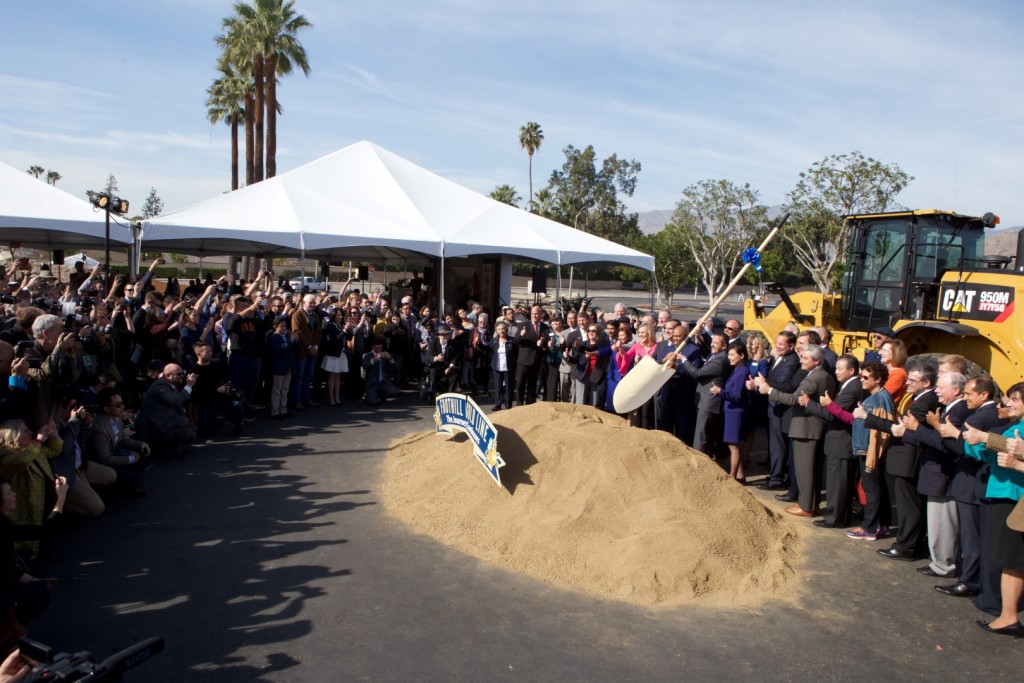 As the Foothill Gold Line Construction Authority reaches the end of 2017, there is much to celebrate.

This historic groundbreaking in early December followed the award in September of the first of two major contracts for the project. The Utility Relocation Contract was awarded to W.A. Rasic Construction and will allow the Construction Authority to relocate and protect strategic utilities along the light rail corridor ahead of the Alignment Design-Build team starting work. The groundbreaking also followed the beginning of a nearly year-long, multi-step procurement process to hire the Alignment Design-Build contractor. The process began in October, with issuance of the Request for Qualifications, and will conclude next year with the contract award.

This next segment of the Foothill Gold Line is complicated to build, including the need to relocate the freight and Metrolink systems that currently run throughout the entire corridor as well as rebuild 47 grade crossings – 25 of which with new bridges for the light rail trains. Because of the level of complexity and the need to keep the freight and Metrolink systems operational during the Gold Line construction, the next segment will take longer than the previous segments, about six years following major construction starting in 2020.

Construction of this infrastructure project will provide a major economic boon for the region. Beacon Economics, a leading economic research and forecasting firm, reviewed the project earlier this year and concluded that the Glendora to Montclair segment will generate nearly 17,000 jobs, more than $2.6 billion in economic output, more than $1 billion in labor income and nearly $40 million in tax revenues during the construction phase alone. In addition, once passenger service begins, the ongoing operation of the six-station extension will generate an annual benefit of more than $52 million in economic output, $17 million in labor income and nearly $800,000 in tax revenues, while generating hundreds of on-going, permanent jobs. Quite a return on the $1.5 billion public investment being made by Los Angeles and San Bernardino Counties.

Most importantly, this next segment will provide critically-important connections between Los Angeles, the San Gabriel Valley and the Inland Empire at a time when this corridor is continuing to grow, and lifestyle and travel preferences are shifting. The new extension will connect two dozen more colleges and universities, the County Fairplex, several regional hospitals and historic downtowns, and numerous outdoor recreational amenities – all within a short walk, bus or bike ride of a future station. The line will also provide new opportunities for smart growth. It is anticipated that there is room to build thousands of new housing units and millions of square feet of commercial space within a half-mile of the future stations; creating opportunities for people to live, work and play along this new light rail line.

As we begin this next leg of our journey, the Construction Authority stands ready and able to complete our mission. Looking forward to 2018, our team will be out in the field, preparing the corridor for major construction and communicating with our neighbors about what to expect in the years ahead.