The following article appeared in The Source on May 31, 2016.

Metro releases its first ‘Quality of Life’ report – The Source 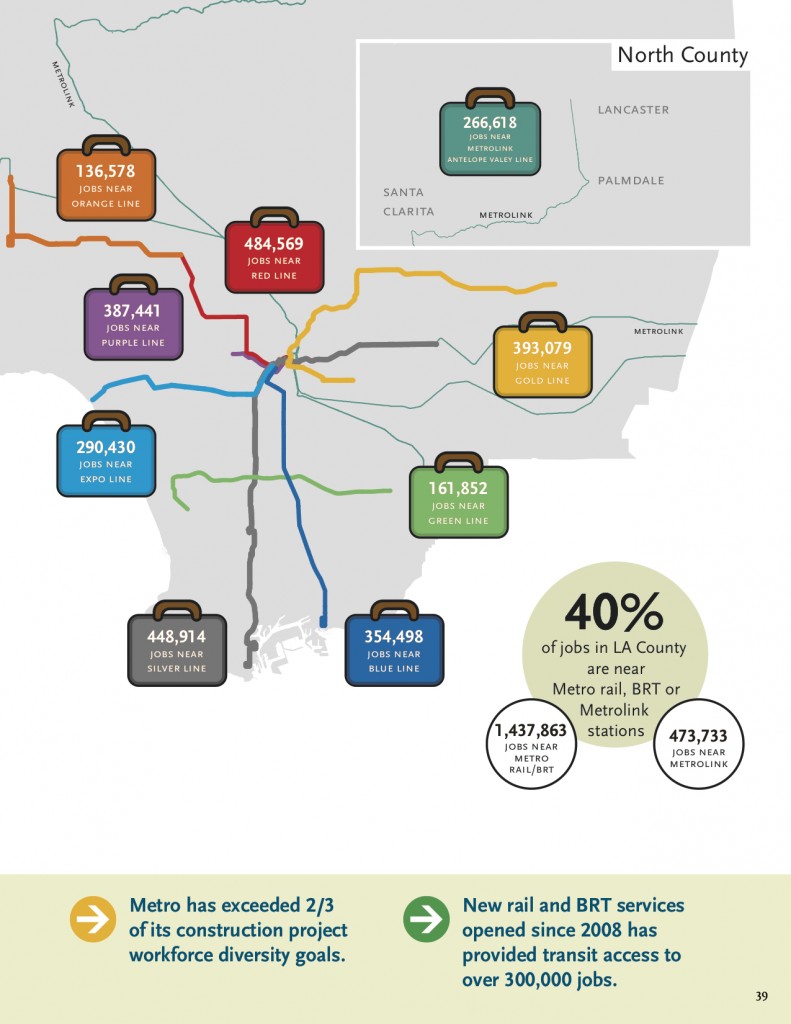 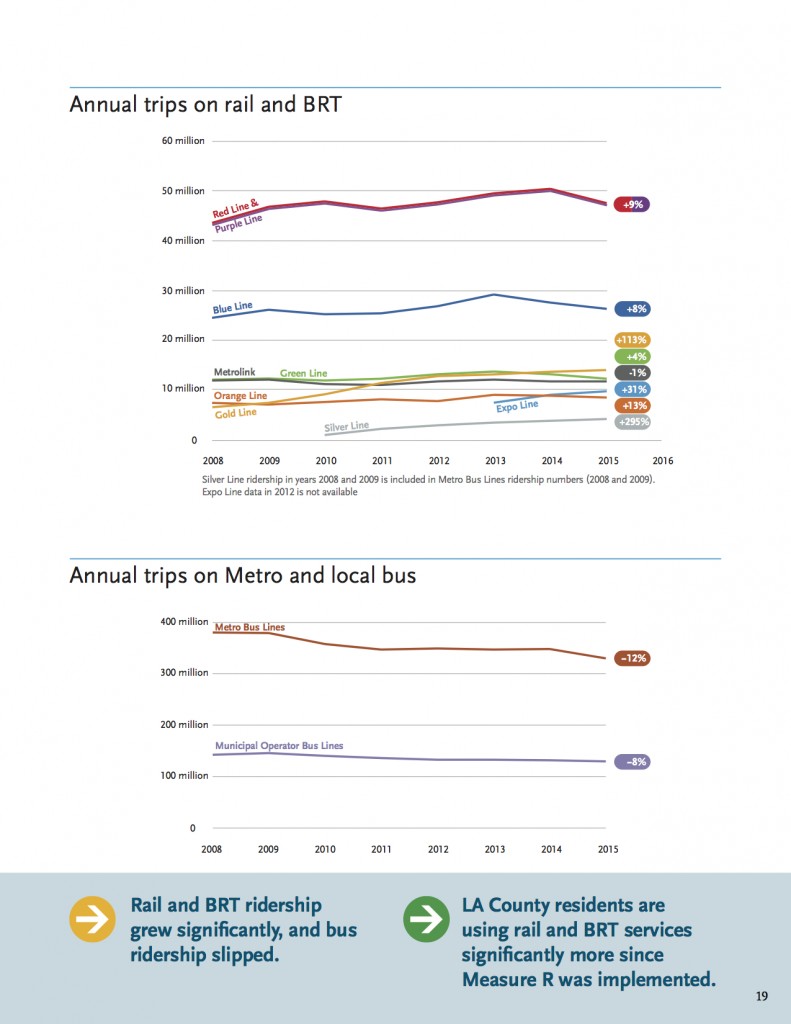 Seeking to document the impact of investment in local transportation, Metro released its first “Quality of Life” report on Tuesday. The report compares 2008 — the year that Measure R was approved — to 2015.

The idea is to establish benchmarks against which the agency’s progress can be measured. This initial report will be followed by a full report later this year and then updates every two years.

Why compare 2015 to 2008? In 2008, nearly 68 percent of Los Angeles County voters approved the Measure R half-cent sales tax that largely funded the two rail extensions that opened this year (Expo Line to Santa Monica, Gold Line to Azusa), three other rail projects under construction and numerous other transportation projects and programs that are ongoing or in the works.

The full report is above. I encourage you to take a look — it’s digestible and has a lot of interesting stats. Some are flattering. Some show areas that are in need of improvement.

A few interesting nuggets from the report:

•More than 480,000 L.A. County residents live within a half-mile of several projects that have opened since 2009: the Expo Line’s first phase to Culver City, Gold Line extensions to East Los Angeles and Azusa and the Orange Line extension to Chatsworth. More than 22 percent of the county’s population now lives near Metro Rail, a Metro bus rapid transit line or Metrolink commuter rail.

•Each year in L.A. County, transit operators provide about 600 million rides, with the lion’s share on Metro buses and trains. While Metro ridership has slipped in the past two years (a problem also at the national level), Metro rail ridership has increased 27 percent since 2008, which is better than the national averages.