The following excerpt appeared in the San Gabriel Valley Tribune on September 21, 2017. To read the full article, click here. 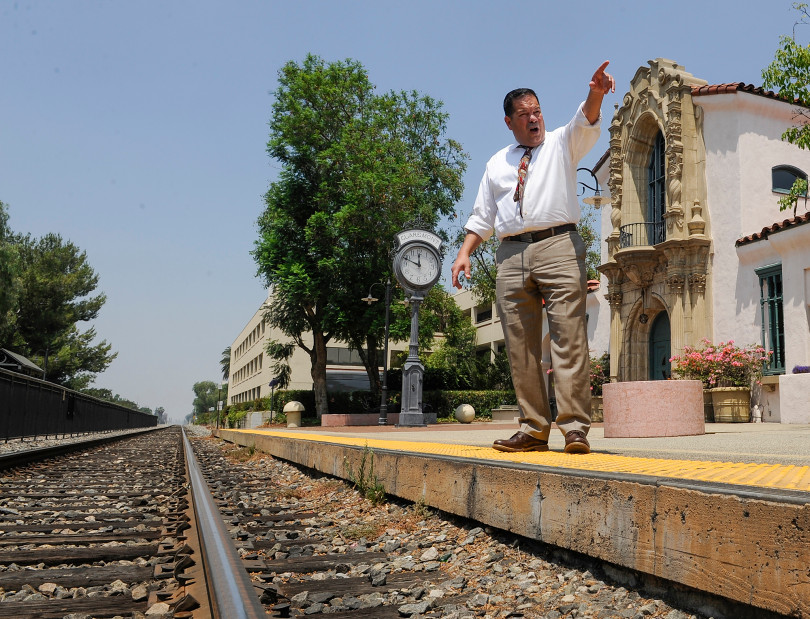 Claremont City Councilman Sam Pedroza shows the tracks at the Historic Claremont Depot where the Gold Line station is proposed to be on Thursday on June 29, 2017. (Photo by Keith Durflinger/San Gabriel Valley Tribune/SCNG)

CLAREMONT >> As the Gold Line extension becomes more of a reality so has the growing friction between two rail authorities that run complementary lines on the west end of San Bernardino County.

Los Angeles County Metropolitan Transportation Authority board director Supervisor Hilda Solis has taken notice. She proposed that a local transportation committee prioritize a study which looks into the benefits and impacts of eliminating the Metrolink station in Claremont.

The decision on whether to eliminate the Claremont Metrolink station before the opening of the Gold Line extension could solve the dilemma between Metrolink and Metro Gold Line Foothill Extension Construction Authority, Solis explained at the meeting.