The following excerpt appeared in the San Gabriel Valley Tribune on December 12, 2018. To read the full article, click here. 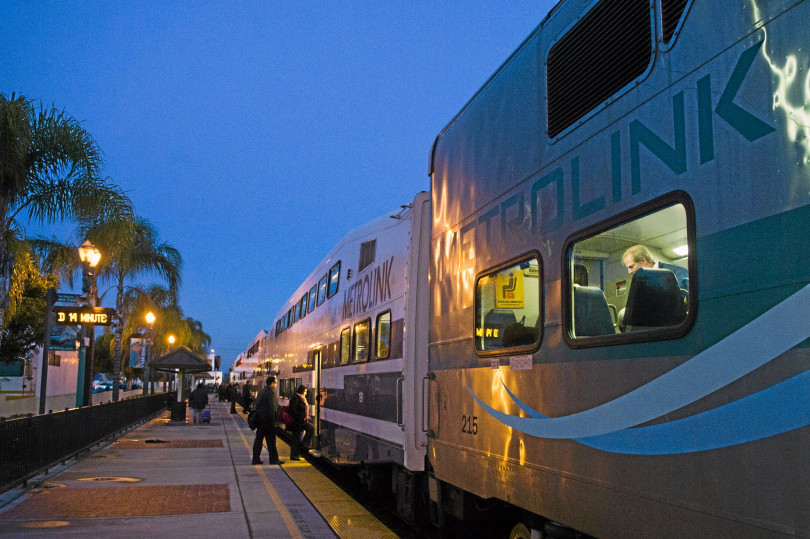 Passengers enter the Metrolink 383 express train from Covina station on early Wednesday morning, March 4, 2014. Metro and Metrolink are working on a plan to add 4 miles of double track in La Verne and San Dimas to run an additional San Bernardino to LA express train, the busiest of all the lines in Southern California. (Photo by Watchara Phomicinda/ San Gabriel Valley Tribune)

Lower fares are enticing additional riders to the 56.7-mile San Bernardino line that hugs the foothills of the San Gabriel Mountains between the Inland Empire and downtown’s Union Station.

Since the discount fare went into effect July 1, ridership on the San Bernardino line increased by eight percent in August and 10 percent in both September and October compared to 2017, Metrolink spokesman Paul Gonzales reported on Tuesday.