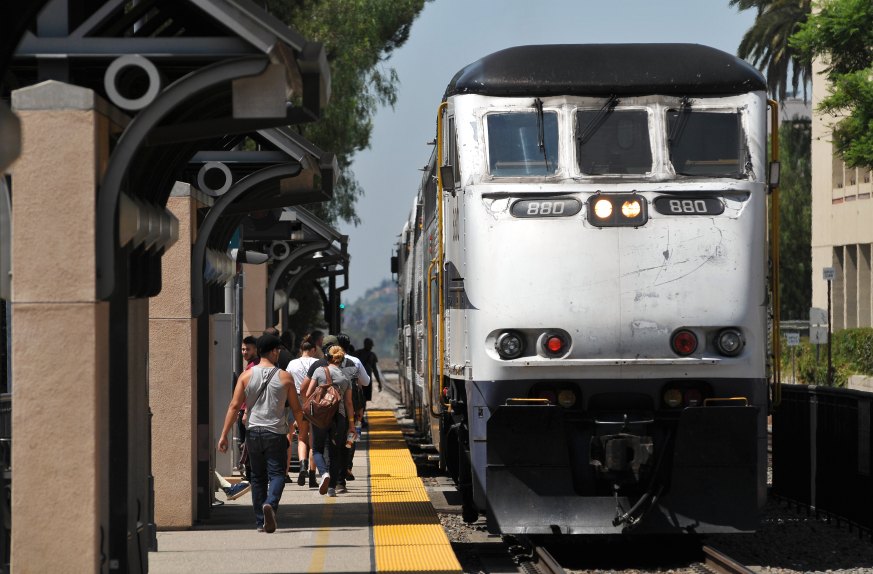 Montclair outlined specific legal issues in the resolution if the [San Bernardino] county were to abandon the Gold Line extension:

• An about-face on building the Gold Line to Montclair could trigger “costly legal challenges from public agencies and private developers who have operated and invested on the promise of light rail service to the west end of San Bernardino County,” according to the city staff report.

• San Bernardino County’s Measure I, a tax measure approved by voters in 2004, earmarks between $39 million and $45 million for the Gold Line extension. Starr said breaking that commitment would require new votes of the SBCTA board and the west end region cities.

• State law says the Gold Line’s eastern terminus must be at the Montclair Transcenter. This stemmed from successful legislation (AB 1600) by then-Assemblywoman Norma Torres of Pomona in 2012. Montclair will add a 400-space parking garage addition to the transit center in the near future, bringing the number of spaces to 2,000 in preparation for the Gold Line. Ending it in Pomona or Claremont “violates the intent of AB 1600,” the city’s resolution states.

“Montclair Transcenter will be the terminus of the Gold Line,” Starr said. The line will be built by 2024 and operating in Pomona by early 2025. Starr vowed to get it to Montclair by 2028.