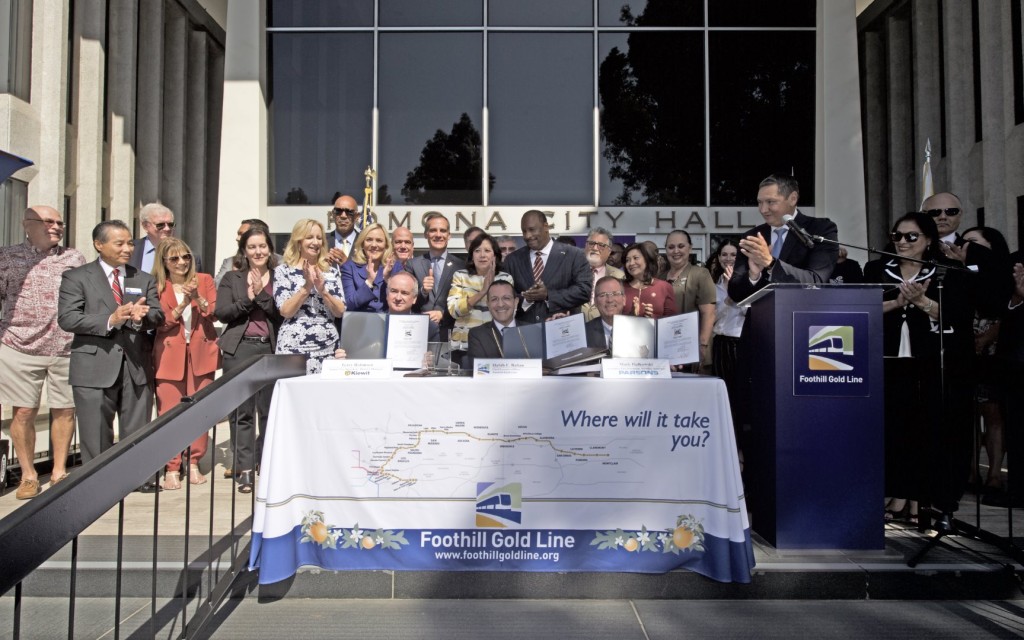 On Friday, October 4, 2019, the Construction Authority signed the Alignment Design-Build Contract for the 12.3-mile, six-station Foothill Gold Line light rail project from Glendora to Montclair at a press conference held on the steps of Pomona City Hall. The contract with the Joint Venture team of Kiewit-Parsons includes an $805.6 million base scope for the first nine miles of the project from Glendora to Pomona, with a two-year contract option to complete the full project to Montclair for a total contract amount of $1,186.9 million if additional funds are secured by October 2021. The contract signing officially marks the beginning of major construction for the Glendora to Montclair project, and also starts the clock ticking on the contract option.

The Glendora to Pomona segment is anticipated to be completed in 2025, and the entire project to Montclair by 2028 if the contract option is initiated.

Below is a short video with highlights from each of the speakers at the signing event, as well as a link to the photo gallery. 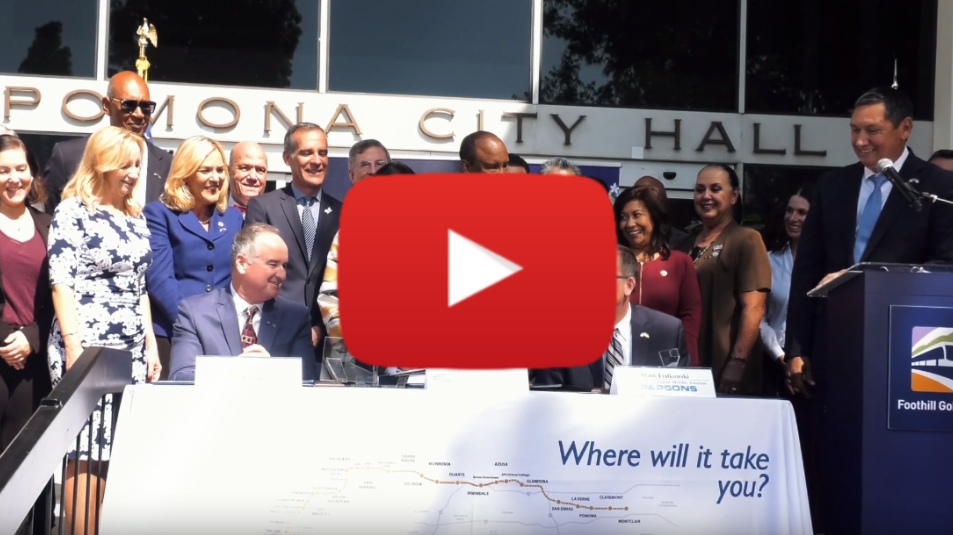 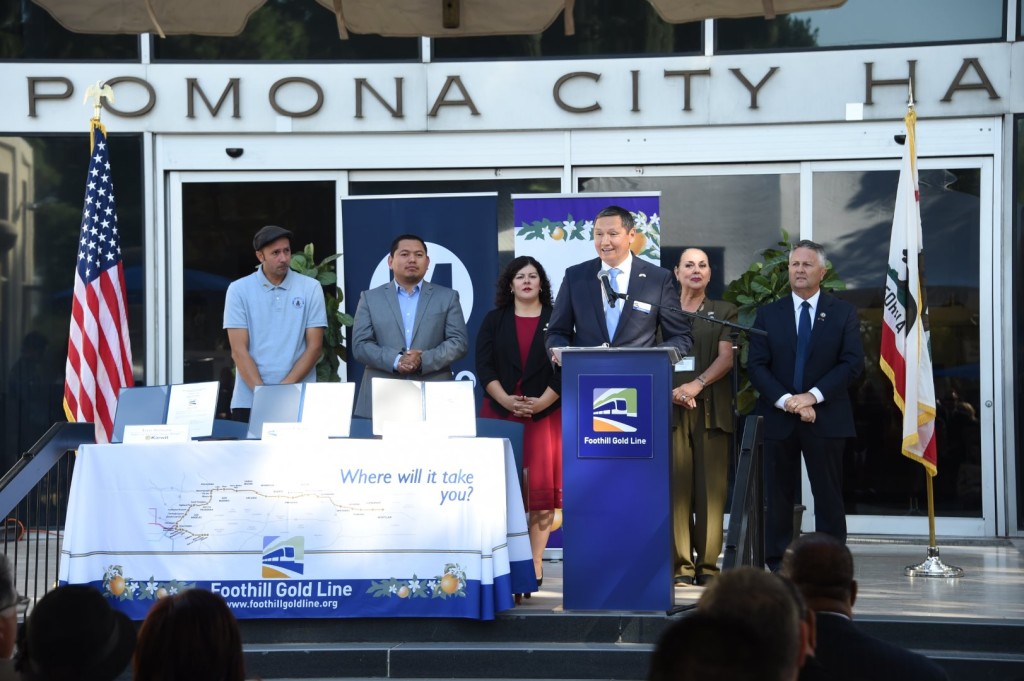 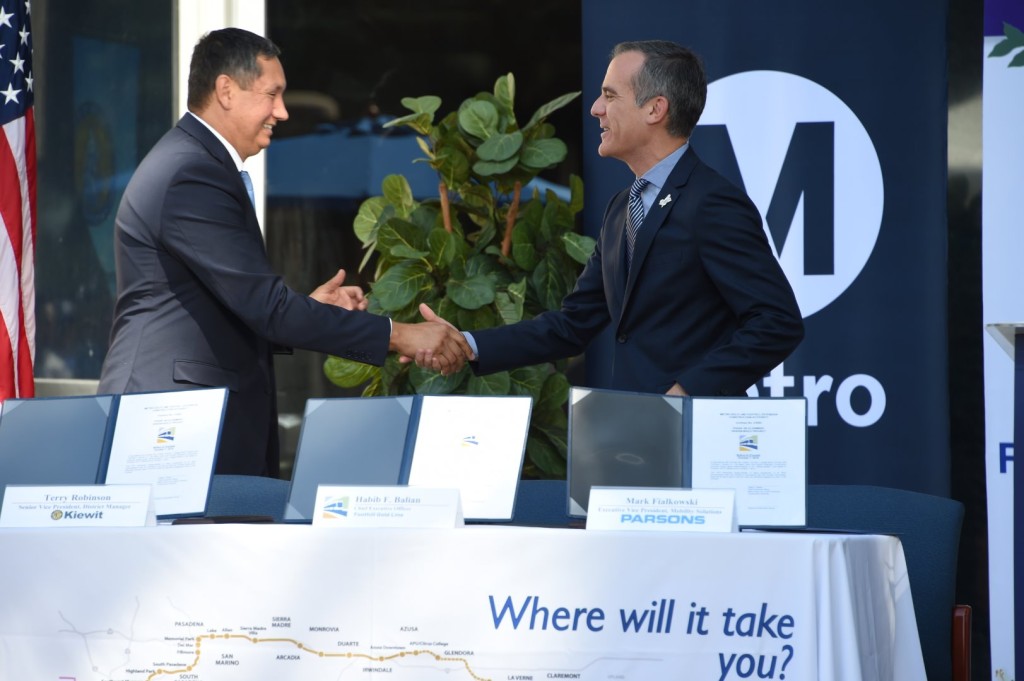 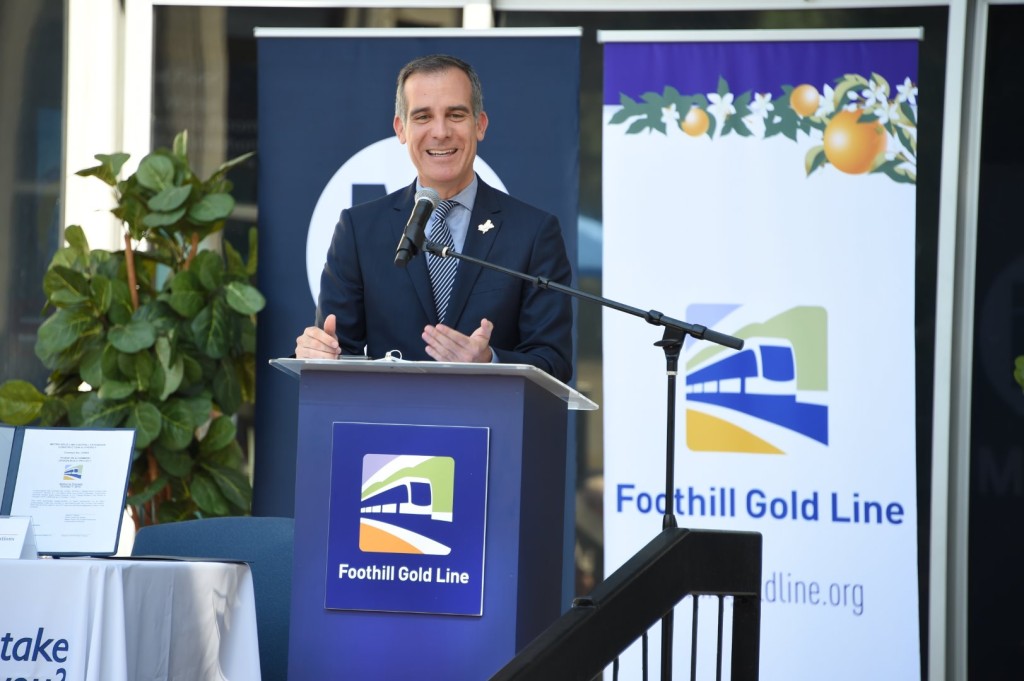 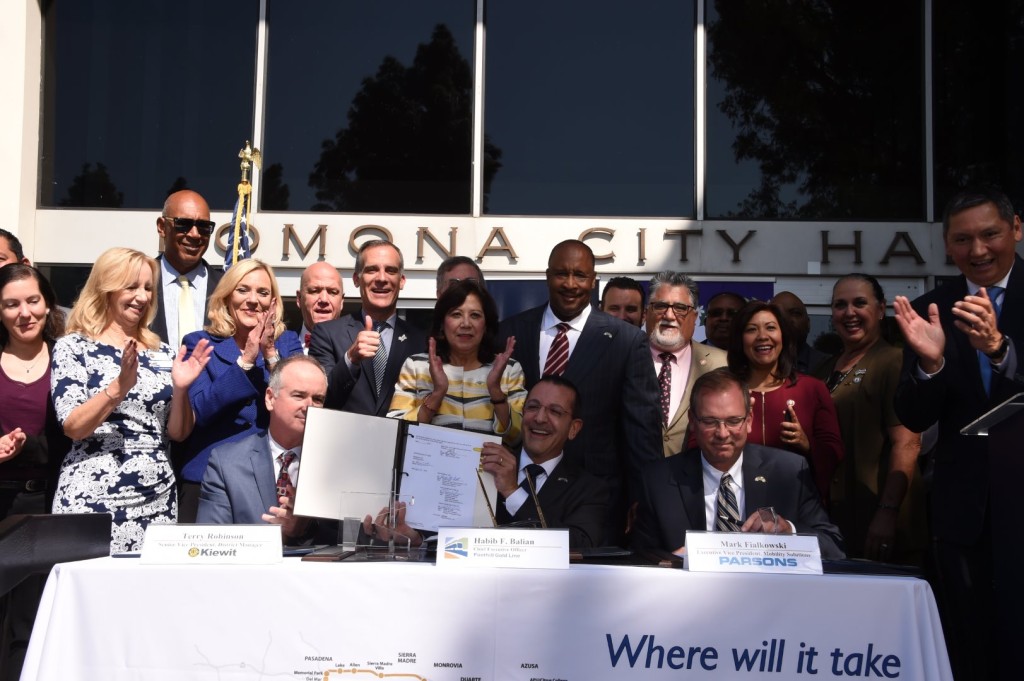 In case you missed them, here are links to some of the stories that ran in the media about Friday’s contract signing: CBS 2/KCAL 9, NBC 4 and ABC 7; KNX 1070 AM; the San Gabriel Valley Tribune and Inland Valley Daily Bulletin, Streetsblog LA, The Source, Railway Technology, Citrus College Clarion and My News LA.