The following article appeared in the San Gabriel Valley Tribune on August 15, 2015. For more pictures from the Duarte/City of Hope Station Dedication, click here. 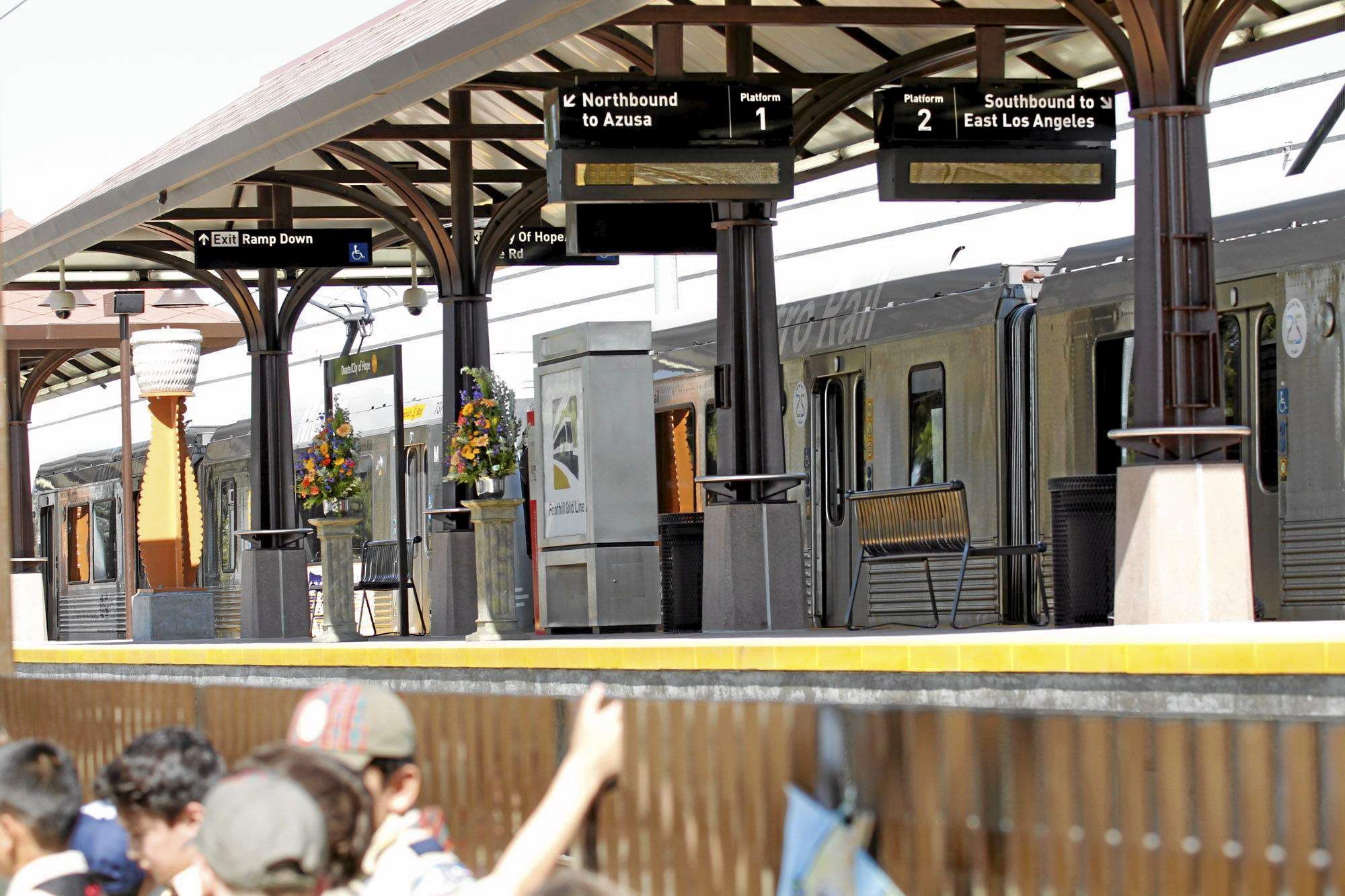 DUARTE >> The ongoing project to expand light rail from Pasadena to Montclair took a major step toward realization Saturday as a host of local, state and federal officials joined together to proudly dedicate the new Foothill Gold Line Duarte/City of Hope Station.

The new station, at 1777 Duarte Road, is the first of six to be dedicated along the nearly-completed, 11.5-mile Foothill Gold Line route between Pasadena and Azusa.

“Take a moment and stare ahead and know you’re looking into the future,” she told an audience gathered at the new station for the ceremony.

The light rail system is will be an extension of the existing Metro Gold Line, which runs between East Los Angeles and Pasadena.

Foothill Gold Line officials said the line between Pasadena and Azusa is expected to be completed in late-September, with service beginning next year.

“I don’t have to tell you what this means to the region,” Napolitano said.

The nearly-finished route between Pasadena and Azusa is the first phase of a larger vision for the Foothill Gold Line. The second phase of the planned expansion will extend the line further, from Azusa to Montclair.

Additional stations along the first phase of the Foothill Gold Line expansion project are scheduled to be dedicated in Monrovia, Arcadia, Irwindale and Azusa later this month and next month.

The second planned phase of the Foothill Gold Line. which is to extend the route to Montclair via Glendora, San Dimas, La Verne, Pomona and Claremont, is in advanced engineering stages, Foothill Gold Line officials said.

The $1 billion in needed funding for the second phase of expansion is still being sought, officials said. Once funding is secured, ground could be broken on the second expansion project in 2017, with completion expected in 2023.

But officials including Napolitano and Liu, said they want to see the Foothill Gold Line extended all the way to the Ontario Airport.