The following article appeared in The Source on July 31, 2018.

New report finds SB-1 will pump $182.6 billion into California economy over next decade – The Source 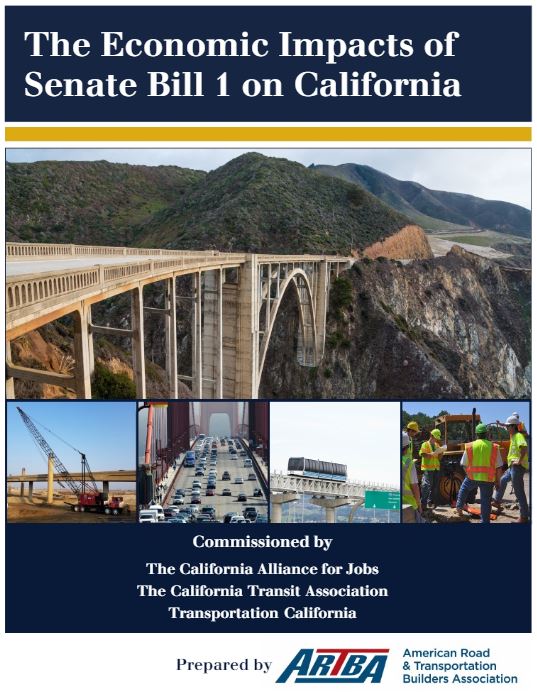 Senate Bill 1 will add $182.6 billion and support more than 682,000 jobs in the next decade, according to a new report released this week by the American Road and Builders Assn. The report is posted above or you can find it here.

As many of you know, SB 1 was approved by the Legislature last year and signed into law by Gov. Jerry Brown. The bill raised the state gas tax (for the first time in 23 years) and state vehicle fees and will supply a perpetual source of funding to fix California roadways, improve transit and build walking and biking projects.

Metro is set to receive about $1.8 billion in state funds that are heavily dependent on SB-1 to help build a variety of road and transit projects, including the Gold Line extension to Claremont and Montclair, the Orange Line Improvements Project, the West Santa Ana Branch Corridor and the Green Line Extension to Torrance. On the highway side, SB-1 will help funds truck lanes and improvements on the 5 freeway in the Santa Clarita Valley, upgrades to the 71 freeway in Pomona and rebuilt junctions of the 605/91 and the 57/60 freeways. Without the SB-1 funding, Metro will have to find other monies.

As for the above report, here are some excerpts:

•In Los Angeles County, SB 1 will generate $29.2 billion in economic activity and user benefits over 10 years. This includes $6.8 billion in savings for drivers, transit riders and businesses, and $18.0 billion in economic output. In addition, the increased investment will create or support over 9,000 jobs per year, totaling 90,161 job-years over 10 years; these workers will earn $4.3 billion. More L.A. County specific numbers are here.

•With improved conditions, drivers will spend less money on fixing their cars and trucks. Drivers will save an average of $818 million per year in operating costs, adding up to $8.2 billion over 10 years.

•Better roads also mean safer roads. This adds up to an average of $58 million per year in additional safety benefits, or $584 million over 10 years. As crash, injury and fatality rates decline, there will be fewer costs associated with injuries, fatalities and property damage.

•Additional investment under SB 1 will enable the replacement of an additional 556 state and local bridges in the first five years of the program. This will result in 387 fewer structurally deficient or functionally obsolete bridges.

•Support or create an additional 68,203 jobs on average each year, with 77 percent of the employment outside of the construction industry, including an estimated 13,964 jobs in transportation and warehousing, 7,466 jobs in other services, 4,308 jobs in retail trade and 3,867 jobs in real estate and rental and leasing. This will add up to a total of 682,029 jobyears supported or created by additional SB 1 spending over the next 10 years.

Here are a couple of pages from the report on the cost of traffic congestion. 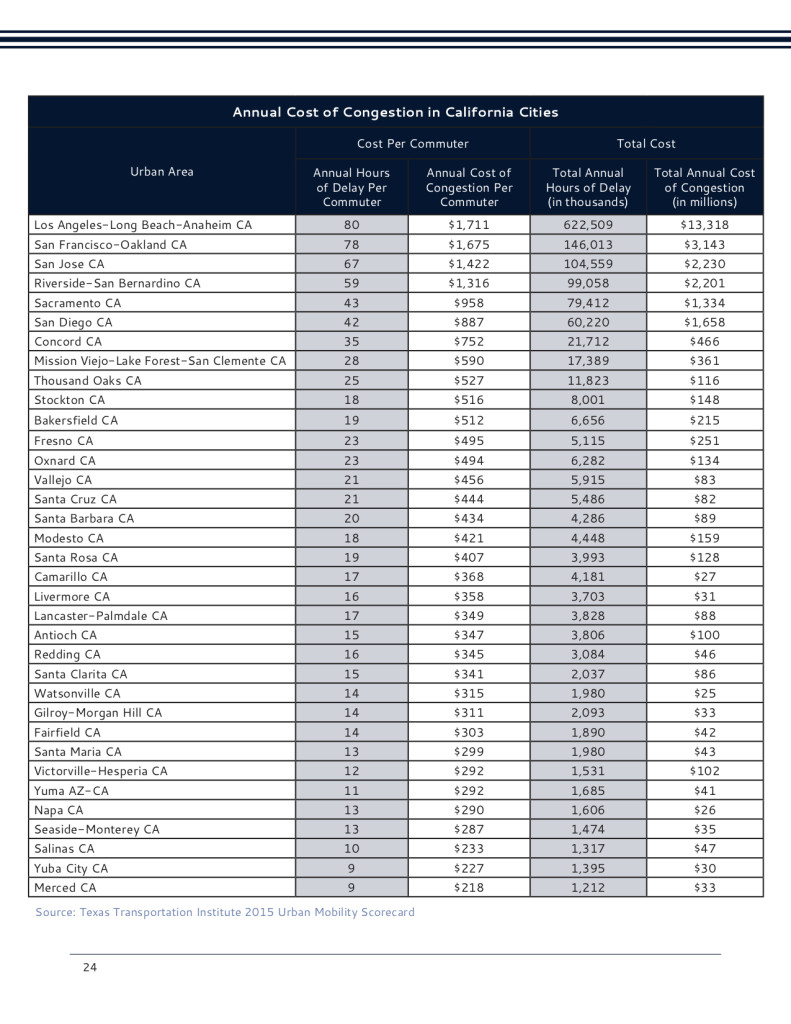 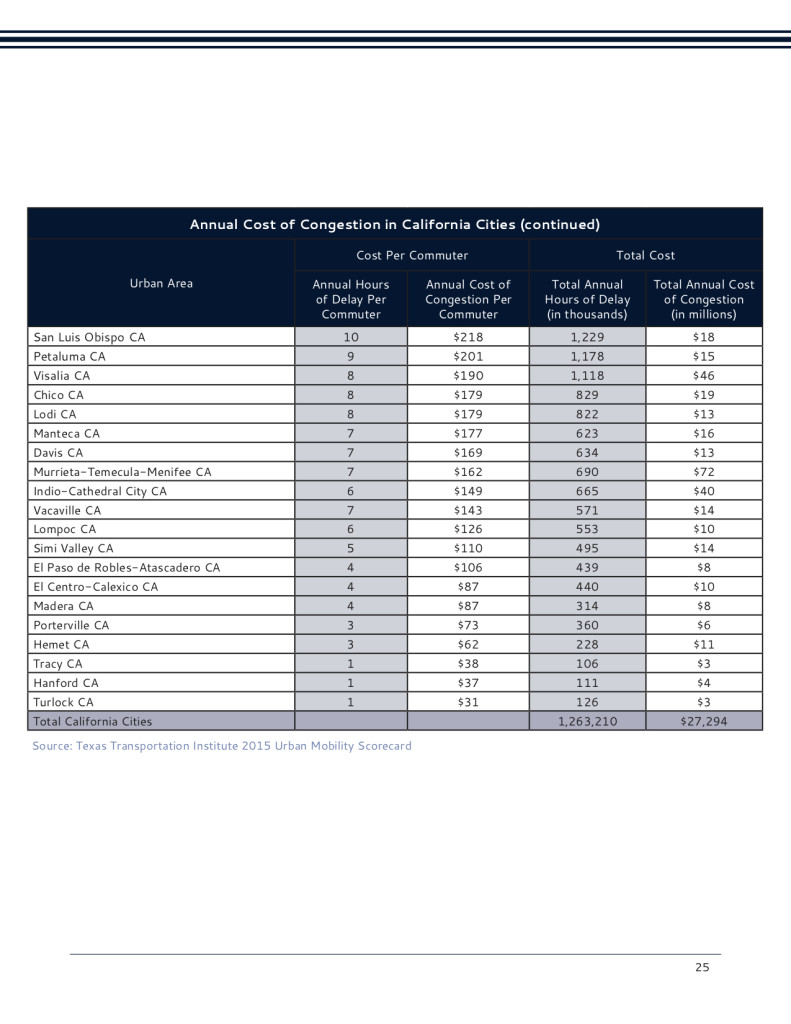