The following article appeared in The Source on October 12, 2015. 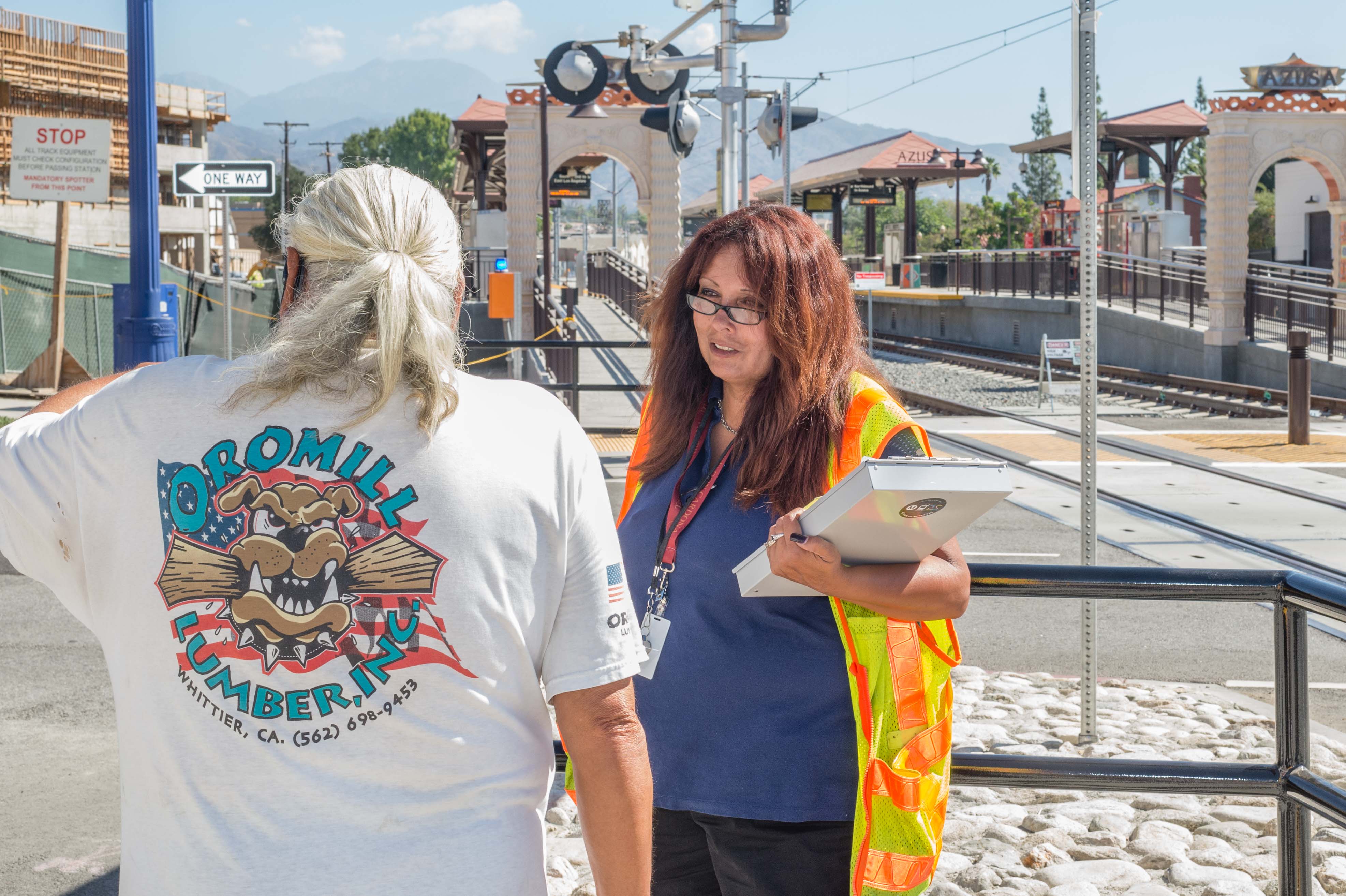 We’re getting closer to learning the official opening date of the Foothill Gold Line Extension — to be announced October 22! — but in the meantime, Metro already has safety ambassadors at some of the new stations to prepare the local communities for more frequent test trains rolling through. Because most of these neighborhoods haven’t seen frequent passenger rail action in quite some time, those who live and work in the area may need some time to get used to the new lights and bells.

And speaking of, here are a few safety tips to observe around train tracks whether you’re on foot or in a car:

The safety ambassadors not only show people the proper way to cross rail intersections, they also hand out information on Metro services and programs and take down feedback from the community.

Currently, there are safety ambassadors at Arcadia, Monrovia, Duarte and Azusa stations. They may move to various stations as more information is gathered on the levels of pedestrian, car and bike traffic in the areas. If you see them out there, feel free to stop and say hi!