The following article appeared in the San Gabriel Valley Tribune on May 10, 2015. 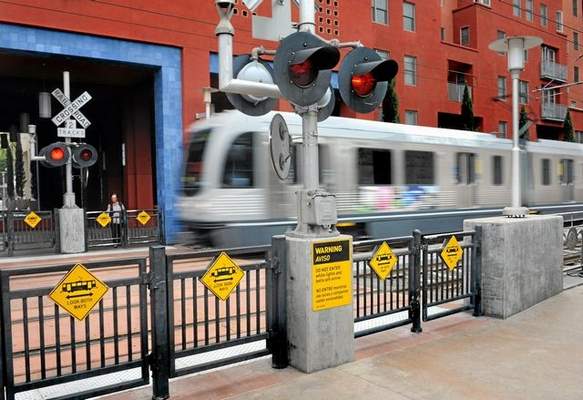 In a quest to divide $3.3 billion in future transportation improvement dollars, San Gabriel Valley cities are slipping into a battle pitting the haves in the north against the have-nots in the south.

The influential San Gabriel Valley Council of Governments has listed $1.02 billion for extension of the Gold Line light-rail in the foothills from the Azusa/Glendora border to Claremont in the north, while the Gold Line Eastside extension, in the south, would get $246 million.

Even though the preliminary rail formula goes before the regional agency’s governing board May 21, the staff proposal drew fire last week from transportation committee member and South El Monte City Councilman Joe Gonzales, who heads up a coalition of southern cities supporting the 6.9-mile rail extension from Atlantic/Pomona boulevards to South El Monte that parallels the 60 Freeway.

“I don’t think $246 million is enough,” Gonzales said. “The foothill cities are getting $1 billion. Where is the equity as compared to the south San Gabriel Valley cities?”

Other members were cautious not to enter a north-south fray, saying the 31 cities representing nearly 2 million residents must stand together or risk losing future transit funds.

“We need to demonstrate we are united. I don’t want to get into this south versus north,” said transportation vice-chairman and Claremont City Councilman Sam Pedroza.

The argument exposed an embarrassing history that the regional agency doesn’t want to repeat.

After Los Angeles County voters passed Measure R in 2008 by 67.22 percent, the one-half cent sales tax unleashed $40 billion in revenue through 2039. The measure was opposed by the SGVCOG. Now, with nearly all that money allocated for five ongoing rail projects and various highway projects, the Los Angeles County Metropolitan Transportation Authority (Metro) has teamed up with the state Legislature to create Measure R-2, a second one-half cent sales tax for transportation projects. Sen. Kevin DeLeon’s Senate Bill 767 is making its way through Sacramento and, if approved, will arrive on the November 2016 ballot in time for the presidential election.

Measure J, a 30-year extension of R, was tried in November 2012 but failed to gain the required two-thirds vote by less than one percentage point after both pro and con discussions — often heated — at the SGVCOG because it would not have funded the Foothill Gold Line’s Azusa-to-Claremont extension.

Some, including Gonzales, point to a propensity of “no” votes from more affluent, foothill communities as part of the reason for J’s narrow defeat, while “transit-dependent” voters in lower-income southern cities voted in favor because they are more likely to ride public transit than drive private automobiles.

He said the same thing can happen in 2016 if San Gabriel Valley rail and freeway projects are not equitably funded.

“One segment (of the San Gabriel Valley) can torpedo this measure,” Gonzales said.

The COG’s Mark Christoffels, who worked with the city managers committee to create a transit spending matrix, said Measure R set aside $1.2 billion for a Gold Line Eastside extension so that’s why the staff report only recommends adding $246 million from Measure R-2.

But Metro’s board complicated matters by approving a study of both the SR-60 route and the Washington Boulevard route to Whittier. If both Eastside extensions were built, it could raise the cost to $5 billion, according to Metro.

The San Gabriel Valley would receive $2.3 billion from Measure R-2, and $1 billion from another measure that would extend existing Measure R another 18 years. Besides rail projects, future R-2 funds would add $690 million for improving freeway interchanges at: 57/60, 605/10, 605/60 and the 71 Freeway. No specific funding was allocated for the 710 Freeway extension, Christoffels said.

Polling by Metro found three-quarters would vote for R-2. Those polled preferred a ballot measure with clear language. They characterized a measure that says it will “augment and extend” a tax as “intentionally deceptive.”

Michael Cano, a SGVCOG member who represents county Supervisor Mike Antonovich, said the San Gabriel Valley list of projects and priorities is far more thought-out than those in other regions, including the San Fernando Valley and South Bay.

If the Azusa-to-Claremont extension gets funded, the project could break ground in 2017, wrote Pedroza in a letter to the Foothill Gold Line Phase 2 Joint Powers Authority board.