The following article appeared in the San Gabriel Valley Tribune on January 2, 2016. 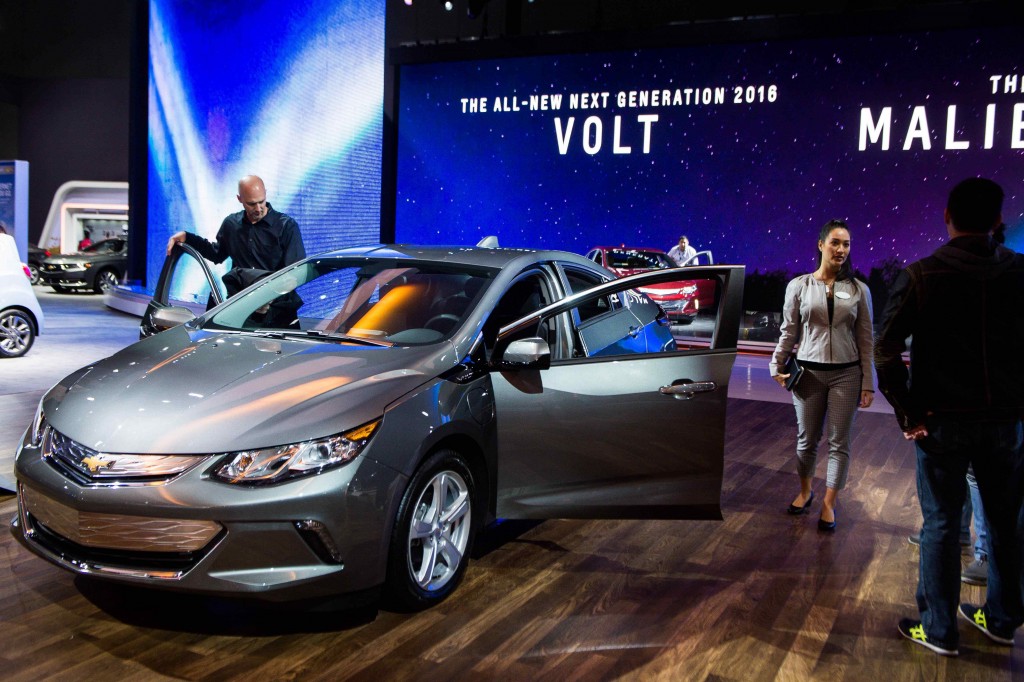 We’ve said adieu to 2015. Environmentally, however, it wasn’t good riddance. Sure, old acquaintances may be forgot, but there’s plenty of green stories to remember:

1. Starting with the Paris global warming agreement. Our editorial board called it “the best fix so far for the global crisis of climate change.” Some 188 countries agreed to limit the release of carbon dioxide, methane and other greenhouse gases and slow the dangerous warming of the planet. Congrats to them. Now the hard part begins.

2. I’m partial to this one since I own a plug-in electric car and an all-battery electric: Chevy Volt 2016 named Green Car of the Year at the Los Angeles Auto Show. Hats off to Chevrolet for making this transition car and now, for making it even better. With an electric drive train that powers the Volt, a driver can now go 53 miles between charges, up from 41. And with the 9 1/2-gallon gasoline tank the range is more than 400 miles. Now, all that’s left for Chevy is to sell them. The electric-car and plug-in car trend is growing, albeit slowly, despite plunging oil prices. Two of my colleagues got rid of their gas burning cars in 2015 and bought Volts.

3. With alternative transportation the new biggy here in Southern California, No. 3 has to go to the completion of the Metro Gold Line Foothill Extension on Sept. 23. Not long after the 11.5-mile extension was ready for use, the Los Angeles County Metropolitan Transportation Authority (Metro) began testing new train cars from Kinkisharyo International. The Japanese train maker sent the parts to the U.S and is assembling the train cars at its plant in Palmdale. Metro announced it will open the new line March 5. (That means it will make my list in 2016 as well). Getting cars off the road and in particular, the nightmarish 210 Freeway, is the goal. With that comes new stations in Arcadia, Monrovia, Duarte, Irwindale, downtown Azusa and at Azusa Pacific University/Citrus College. Millennials are our future and they don’t like cars that much. Giving them a train option may start showing dividends in the San Gabriel Valley.

4. Water conservation was all the rage in 2015. And the fourth year of drought had something to do with that. Still, Californians saved almost 1 million acre feet of water, more than enough to supply 4.6 million people for a year. That saves energy and pollution from energy plants that are used to move water up and down the state.

5. Not having to rely on water from the North or the Colorado River is now a reachable goal. One of my favorite stories was the breaking ground on an advanced treatment plant that will clean up treated sewage water to the next level. The Water Replenishment District of Southern California will then pump that recycled water back into the aquifer. In a few years, they’ll be 100 percent water self-sufficient. Keep the water up north for the salmon.

7. I almost forgot about a cemetery — the largest in North America — going off potable water. Rose Hills will soon pump only recycled water through its irrigation system. What once required 293 million gallons of potable water to keep its grounds verdant now requires 0.

8. The U.S. Forest Service estimates 12 million trees died this past year in Southern California forests, mostly due to the drought and opportunistic parasites. The dead trees caused Gov. Jerry Brown to declare a state of emergency. Brown called it “the worst epidemic of tree mortality in modern history.”

10. One of the strangest comes from CalRecycle, a state agency. Officers arrested a Las Vegas truck driver on charges of recycling fraud and grand theft. The perpetrator tried to bring beverage containers from Nevada into California to collect the California Redemption Value (CRV). The arrest stopped the illegal redemption of 85,646 pounds of out-of-state containers with a CRV of more than $108,000. This one sounds like the episode of “Seinfeld” in which Kramer and Newman tried to do the same thing from New York to Michigan. Life imitating art.