The following excerpt appeared in the Southern California News Group papers on November 1, 2016. To read the full article, click here. 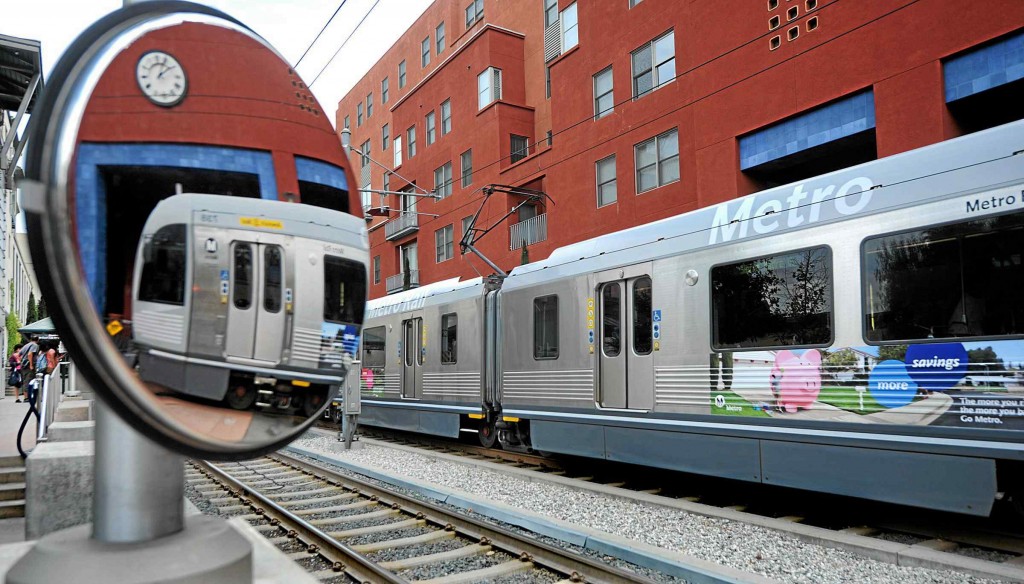 Metro Gold Line routeMetro Gold Line´s 10th Anniversary Event, celebration Friday, July 26, 2013 at the Metro Gold Line Del Mar Station in Pasadena. Congresswoman Judy Chu, Assembly member Chris Holden, Pasadena Mayor Bill Bogaard, Habib Balian, CEO of Metro Gold Line, Michael Antonovich. Board of Supervisors and numerous other local elected officials participated in the event to recognize the Gold Line’s many successes over the last decade, as well as the importance of the next segments of the line – the Foothill Extension from Pasadena to Montclair. (Photo by Walt Mancini/SGVN )

The Foothill Gold Line has long been touted as an important piece of Southern California’s growing transit network, but a pair of new reports show it is also generating billions of dollars in private investment along its 18 stations running from Chinatown a future extension to Montclair.

One report from real estate and business consulting firm The Maxima Group reveals that existing projects and others that are underway have resulted in $6.7 billion in private investment along the corridor since 2003.

Broken out, that includes more than 12,500 new housing units, 3.6 million square feet of commercial space and 1,400 hotel rooms within a half-mile radius of a Gold Line station.

Those investments have created nearly 50,000 direct and indirect jobs during construction, 20,000 ongoing jobs for Los Angeles County workers and $50 million in annual tax revenues to the county.