The following excerpt appeared in the San Gabriel Valley Tribune on August 19, 2017. To read the full article, click here. 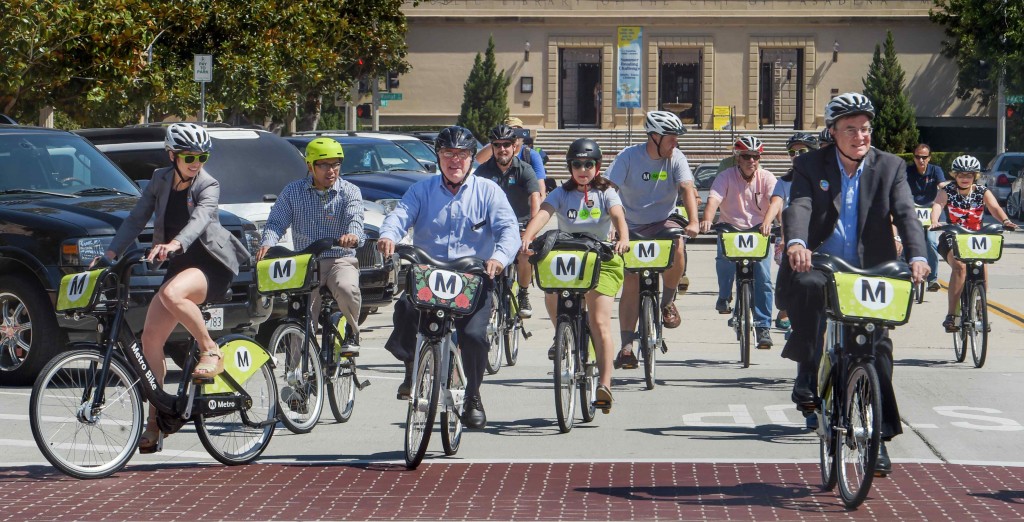 “A car is kind of a ball and chain. People are so used to the ball and chain they don’t realize it is around their ankles,” said Edewards, 38, who lives in downtown Pasadena.

Two years ago, he junked his green 1997 Toyota Celica. He’s been car-free ever since. Also, free of car payments, car repairs costs and searching (and paying) for parking.

As an insurance agent, he may need to get around to meet clients. Serving on the Pasadena Transportation Advisory Commission and the Design Commission means getting to City Hall on time for meetings. He also serves on nonprofit boards that meet on the westside of Los Angeles. On weekends, he enjoys taking in opera or a play at the Music Center.

A few times a year, he’ll visit his folks in Kingman, Arizona.

Yet, being car-less has not hampered his life, he said. In fact, it has improved it. When he goes somewhere on the Metro Gold Line or rides a Metro bus, he is productive. Even trips on Amtrak give him a table to spread out his papers and laptop. “It’s my own mobile office.”