The following video appeared on ABC 7 Eyewitness Newsmakers on April 3, 2016.

Click here or on the image below to play the video. 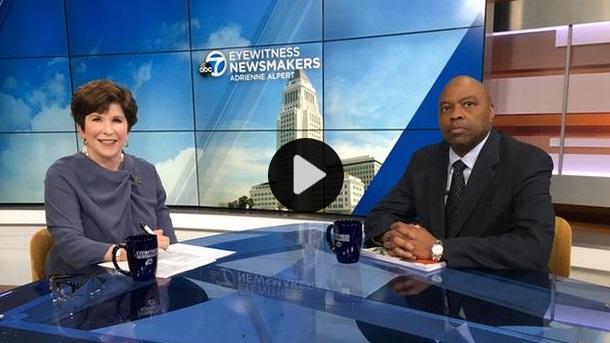 The plan would add a 40-year half-cent sales tax throughout the county, making the price tag about $120 billion dollars. Voters will also decide whether to extend the half-cent tax from transit Measure R.

The billions would fund more rail, bus, and road plans, including a train tunnel under the 405 Freeway.

The Metro Board will decide in June whether to place the question on the November ballot, where it needs a two-thirds vote to pass. Until then, the public can comment at community meetings.

For a time and meeting near you: www.metro.net/theplan

Later on Newsmakers, Long Beach Mayor Robert Garcia was a guest. He talked about the impact of social media on government and how Long Beach eased a long-time parking problem.