The following segment appeared on ABC 7 Eyewitness News on February 19, 2016.

Click here or on the image below to play. 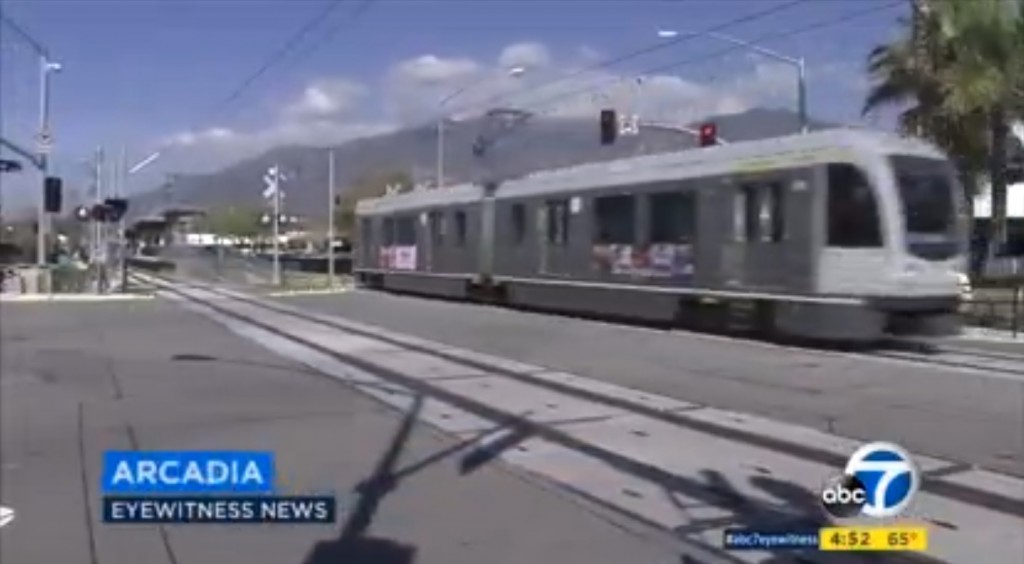 Until then, the transit agency has been running tests to make sure all of the safety features work – and to help drivers and pedestrians get used to sharing the road with the trains.

New stations on the 11-mile extension will include Arcadia, Monrovia Duarte/City of Hope, Irwindale, Azusa and APU/Citrus College.

Metro officials are warning people in those communities to get used to paying attention – listening for bells and watching for the safety arms to come down – when they cross the tracks.

“Pedestrians, take the earphones out when you’re around the trains,” said Metro executive Bruce Shelburne. “It’s really important. You need to hear these trains.”

A future phase of the Gold Line project that has not been funded yet would extend the line another 12 miles, with six stops from Glendora to Montclair.