The following excerpt appeared in the San Gabriel Valley Tribune on September 26, 2016. Click here to read the full article. 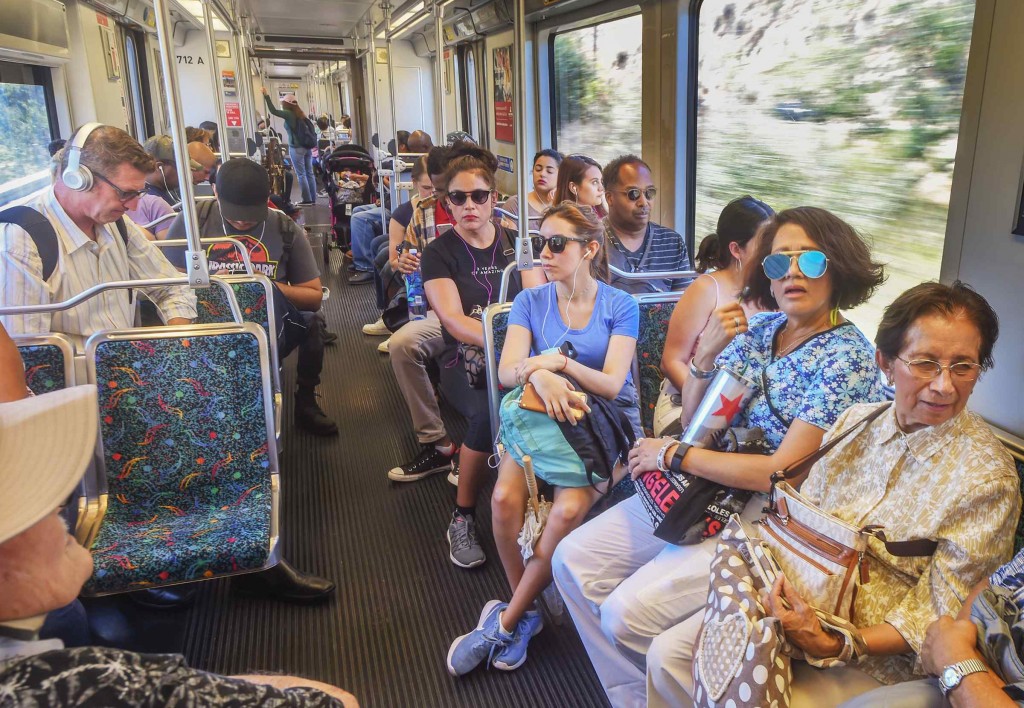 Riders on the Metro Gold Line in Pasadena. Ridership is up on the Gold and Metro Expo lines for August 2016 figures. (Photo by Walt Mancini/Pasadena Star-News/SCNG)

Not surprisingly, the Gold Line and Expo Line posted their highest ridership numbers ever in the last four to eight months, two bright spots among a 25-year-old rail network in Los Angeles County struggling to gain passengers.

On the 31-mile Gold Line, an 11.5-mile extension from east Pasadena to the Azusa/Glendora border at Citrus Avenue that opened in March accounts for the increase. Likewise, the 6.6-mile extension in May of the Expo Line from Culver City to Santa Monica drew additional riders to the 15-mile line, said Jon Hillmer, Metro senior executive director for service development.