The following excerpt appeared in the San Gabriel Valley Tribune on December 13, 2018. To read the full article, click here.

Because they’re out of colors, LA Metro will rename all its train lines and rapid busways with letters in 2019 – San Gabriel Valley Tribune 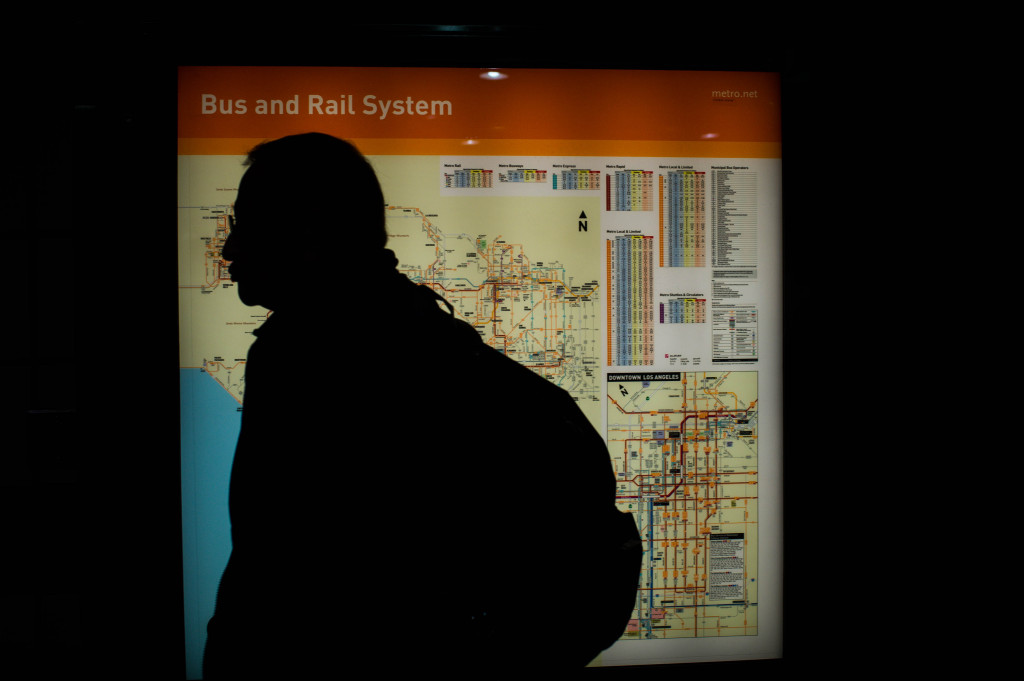 A man looks at a Metro map with colored routes at the 7th St/Metro Station in Los Angeles on Thursday, December 6, 2018. The LA Metro Board is approving to rename their lines from colors to letters with the current colored dots being lettered dots in the future. (Photo by Sarah Reingewirtz, Pasadena Star-News/SCNG)

The Gold Line light-rail from Azusa to L.A. will be renamed once the downtown Regional Connector is completed, the end of 2021 or early 2022, said Tonilas.

When that happens, riders from Azusa can stay on the train through downtown Los Angeles stations and go all the way to Long Beach on a single-seat ride without changing trains at Union Station, which is now the case.

That portion of the Gold Line will be renamed the A Line and colored blue on the map.

Gold Line passengers from East Los Angeles will get a one-seat ride to the Little Tokyo Station and continue on what is now the Expo Line (turquoise) to South Los Angeles, USC, LA Live and the end of the line in Santa Monica. That line will become the E Line, gold on the map.