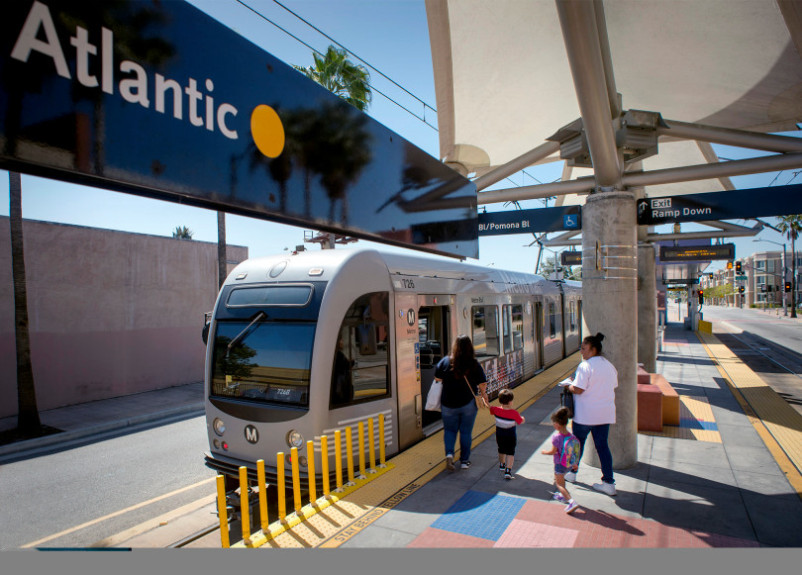 The Gold Line will be going to Pomona.

After a tense debate, the San Gabriel Valley Council of Governments Governing Board voted Thursday, Aug. 8, to give up $126 million in discretionary transportation dollars to fully fund the Gold Line foothill extension to Pomona.

By a 27-0 vote late Thursday, the regional body agreed to give the Gold Line Construction Authority the money, paving the way for the awarding of a design-build contract on Wednesday, Aug. 14, for the $1.5 billion project.

“I am ecstatic and excited for the region,” Pomona Mayor Tim Sandoval said minutes after the historic unanimous vote that saw mayors and council members of the San Gabriel Valley come together, many even hugging each other after the vote. “We all win,” he said. (Seven board members were absent).

The money allows the Construction Authority to extend the 31-mile light-rail into Pomona and not stop at La Verne, as was previously agreed due to budget constraints. Also, it allows for an option to continue the line to Claremont and Montclair if additional funding is granted within two years, said Habib Balian, CEO of the Construction Authority.