The following excerpt appeared in the Inland Valley Daily Bulletin on February 3, 2021. To read the full article (may require subscription), click here. 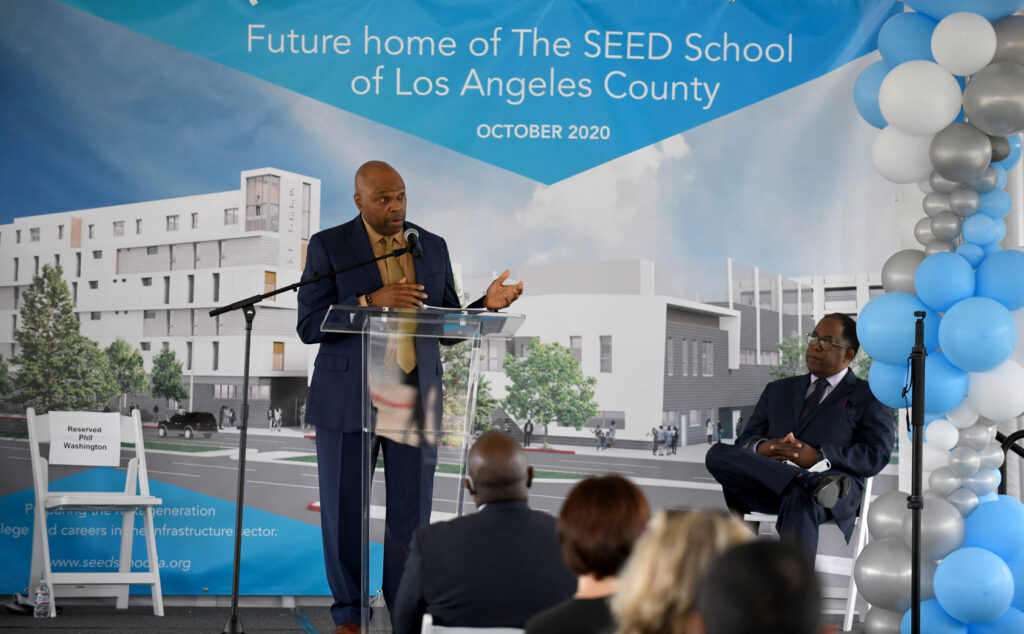 By Jason Henry and Steve Scauzillo

L.A. Metro CEO Phillip Washington is stepping down from the public transportation agency he has led for the last six years.

Los Angeles Mayor and Metro Chairman Eric Garcetti announced Wednesday, Feb. 3, that Washington has decided not to extend or renew his contract when it expires in May.

Those in other agencies said Washington and Garcetti had a broad vision for transportation, and unlike their predecessors, they believed in expanding rail lines to the San Fernando and San Gabriel valleys.

“It was kismet we had both Mayor Garcetti and Phil Washington who had the same view, that all 88 cities in the county should come together in sharing solutions to this problem,” said Habib Balian, chief executive officer of the Foothill Gold Line Construction Authority, the independent agency overseeing a portion of the expansion.

Balian said Washington helped the Authority get approval from the Metro board and extra funding from the San Gabriel Valley Council of Governments to extend the Metro rail Gold Line, now called the “L Line,” from Azusa to Pomona.