The following story originally appeared on the La Verne Online website on October 27, 2013. 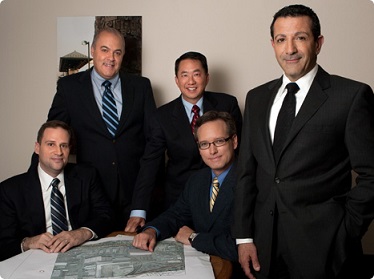 With $10 sandwiches and $5 lattes, what does $1 billion get you nowadays?

A lot, according to Habib F. Balian, chief executive officer of the Metro Gold Line Foothill Extension Authority (Construction Authority). That amount is what he expects is needed to complete the 12.3-mile Azusa to Montclair light rail segment of the Gold Line project. The Pasadena to Azusa segment is on schedule to be completed in September 2015.

For every dollar spent on the proposed project, cities should see five new dollars flow into their communities. Not only is the project anticipated to rejuvenate communities and businesses along the line, it will take people out of their single-occupancy vehicles, relieving freeway congestion and reducing pollution along the San Gabriel Valley corridor.

The trouble is, no money has been identified for the Azusa to Montclair leg of the Gold Line. That financial hole, however, is not stopping the Construction Authority from going forward with its planning phase.

“Over the next two years, we will take this project from a less than 10% design understanding to a point where we will be ready for a design-build procurement,” Balian told a packed Claremont conference room of local, state and officials whose cities and jurisdictions would be most directly impacted by the $1 billion project. “This will be a period of hard work for the Construction Authority and our partner cities, but it will definitely pay off as we ready the project for construction.”

Unlike the Big Dig project in Boston (estimated cost $2.8 billion, final cost $14.6 billion) or the current cost overruns on the Sepulveda Pass Improvement Project along the 405 freeway, taxpayers might actually get some bang for the buck with the Gold Line, if track records mean anything.

“We’ve been very successful with phase one from Los Angeles to Pasadena and with 2A from Pasadena to Azusa,” Balian said. “We’ve awarded all of our contracts on schedule and on budget.”

Gold Line ridership averages about 40,000 passengers a day and about 1 million a month.

Balian noted that acceptance and utilization have been strong because the Construction Authority invited and encouraged everyone with a stake in the Gold Line — from Sacramento politicians to concerned community citizens — to get involved in the process from the start.

“All the ground work paid off so we didn’t have any surprises,” Balian said.

Thus, that was the intent of this past week’s kick-off meeting, where Balian and three other presenters shared early design concepts and a timetable for advanced conceptual engineering and station art development.

The introduction of the station artists, who have been selected to construct the art projects for each city, and the display of some of their early concepts set the room abuzz, underscoring that planning for the Azusa to Montclair is indeed underway and leaving the station.

Still, there’s that $1 billion funding hole that must be filled.

“We think we have a real opportunity,” Balian said.

Billion dollar bargains don’t come along every day, but on this kick-off day, everyone seemed to be on board for the ride.