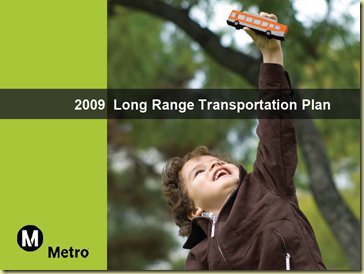 Metro kid: We did it!
San Gabriel Valley: Not so fast Metro kid.

You’ve seen these four words tossed around quite a bit: Long Range Transportation Plan, or LRTP for short. It is the grand-daddy of transportation plans in Los Angeles County. It sets on paper what, how, and when transit projects can be funded – of which the Metro Board can change with a majority vote. This lone document has fueled more articles on this blog than any other transit topic or issue (federal funding will take the crown after a few more months). With the exception of the Bus Riders Union and bike advocates, probably no other group has agonized more over the details of the LRTP than the supporters of the Foothill Extension – and for good reason.

Since the draft LRTP was reintroduced into the transit news circles by Metro staff in January, many things have changed for the better for the San Gabriel Valley in this plan. However, the path wasn’t without a few heartaches in the beginning and along the way.

That LRTP in January was a carryover from 2008 – when the Metro Board held off on a vote to approve the plan to give Los Angeles County voters a chance to pass the half-cent sales tax increase that was Measure R last November. Measure R passed (look no further for proof than the sales tax on your receipt), and when the LRTP was given an “update” in a January Metro staff report, it still excluded the Foothill Extension (to Azusa) from initial funding despite it being the only proposed Measure R light-rail project that was ready for construction. The Foothill Extension Construction Authority, San Gabriel Valley residents, businesses, elected officials, newspapers, students, and everyone else in between took issue with it – also giving birth to this blog. To make a long story short, through a combined effort on all levels from the San Gabriel Valley, Metro revised the LRTP to include $875 million for the first phase of the Foothill Extension to Azusa. Yay?

Hold Off That Celebration

Metro recently released their final draft of the 2009 LRTP, and, besides the new plan shaving off $24 million for the Extension (bringing funding to $851 million), not much has changed since the Extension was included for funding back in June. The operations date for the Foothill Extension to Azusa is still set for 2017 in the plan. With the groundbreaking most likely happening next year, the construction of the first phase can be finished and the line can be ready in 2013. Let’s not wait 4 years after the line has been completed to operate the thing. 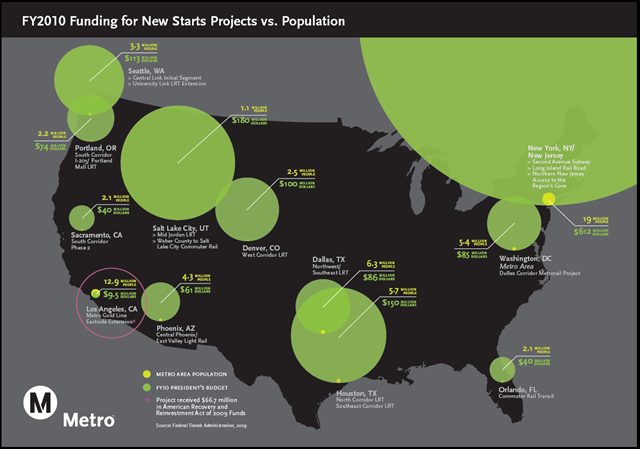 Looking past the stop at Azusa, many other cities are still waiting for their portion of the Foothill Extension to be funded. The recent debate over federal funding has become a big issue because of Metro’s decision to back only two projects for federal money: the Subway to the Sea and Regional Connector. Now let us repeat that these are two very important transit projects that should receive help from Washington. However, like we have pointed out before, our county stands to lose out on hundreds of millions of dollars because of an unrealistic (most likely unachievable) timeframe Metro has put in place for the Subway and Regional Connector to qualify for federal money. And like Congresswoman Judy Chu’s office has pointed out, the second phase of the Foothill Extension to Montclair is in a much better position to receive federal funding much sooner – without impacting the Subway and Regional Connector’s chances at federal funding when these two projects finally do qualify.

Like Metro Board Chair Ara Najarian stated, we need to be unified in order to sell our transit projects to Washington. In order for our delegation to the federal government to become unified, we cannot close the doors on projects that are eligible for federal funding.

The Metro Board Planning and Programming Committee will meet on Wednesday, October 14, 1:00 PM at the Metro building to consider the LRTP. Then, assuming nothing out of the ordinary happens at the meeting, the LRTP moves to the Metro Board of Directors for a final vote. Yes, after a few false jump-the-gun moments in the past months, the Metro Board of Directors (we’re assuming) will finally vote on the 2009 Long Range Transportation Plan – 3 months after Measure R’s half-cent sales tax increase had kicked in.

For more information on the meeting, and if you’d like to attend, visit our Act Now page.

Update: though we were able to obtain the LRTP documents ourselves, the direct link on Metro’s website don’t seem to be working. If you think you might have better luck, you can check out the Planning and Programming Committee agenda and click on the links in Item 10 for the LRTP.